The origins of the seismic swarm in Mayotte : birth of a new submarine volcano 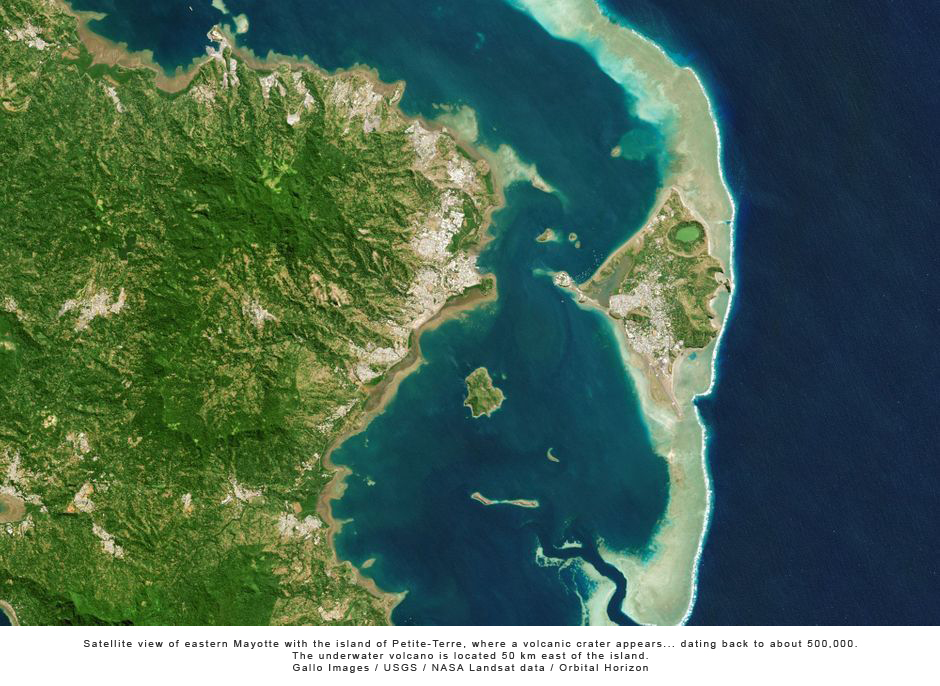 Located at a depth of 3500 meters, it is a volcano that has been the cause of the earthquakes that have struck Mayotte since May 10, 2018.

Since May 2018, several hundred earthquakes have occurred in Mayotte: a sustained seismic activity that seismologists have called a “swarm of earthquakes”. As the activity continues, many scientists have mobilized to understand the causes of this phenomenon.

Thanks to the expertise and know-how of TERIA and its partners, the origin has finally been confirmed : an underwater volcano that has just formed 50 km from Mayotte.

The birth of a new volcano

« TERIA at the heart of seismic motion measurement »

A CNRS scientific mission highlighted the birth of a new underwater volcano. This phenomenon has already been alerted through the IGN’s geodetic coordination project, in which TERIA is a partner. These observations led geophysicists to formulate the hypothesis of a volcanic origin in November 2018. This young volcano is located 50 km east of Mayotte and at a depth of 3,500 m.

At a press conference in Mamoudzou, Nathalie Feuillet, physicist at the Institut de physique du globe de Paris (IPGB) indicated that this volcano was recent.

According to a statement issued by the French Overseas Departments of Overseas France, Ecological Transition, Interior and Research, this volcano is an “exceptional geological phenomenon”. Its size is “estimated at 800 meters in height with a base of 4 to 5 km in diameter. The 2 km high volcanic fluid plume does not reach the surface of the water.

According to Nathalie Feuillet, “the volcano has grown since the swarm of earthquakes began”, but it will take further surveys to determine if this growth continues. 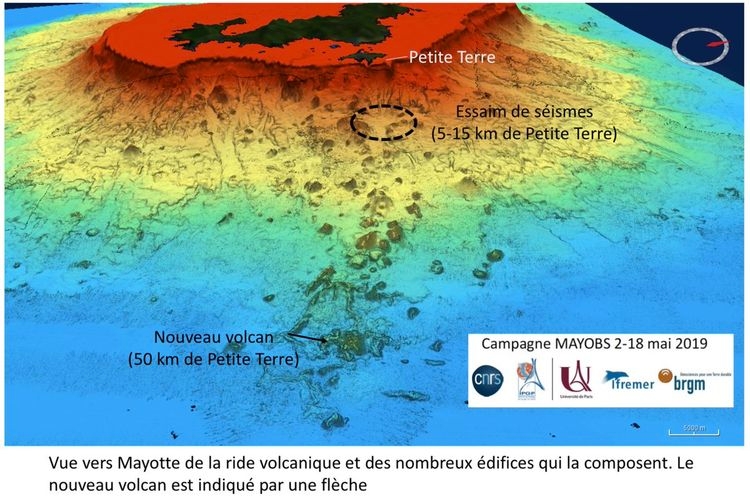 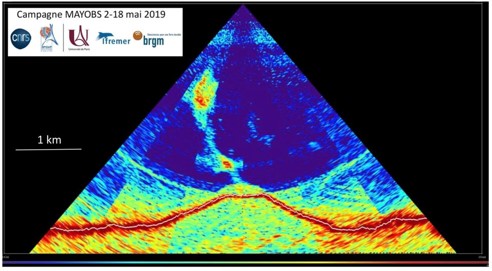 The subsidence and displacement of Mayotte

Mayotte collapsed 13 cm and moved eastward by about 10 cm

In October 2018, geodetic observations were made using the 4 RGP stations (two from TERIA) located on the island. It had revealed a significant displacement of Mayotte since July 2018 : about 1.5 cm/month eastward and 1.2 cm/month vertical.

According to Nathalie Feuillet, subsidence has occurred “at fairly rapid rates” and is continuing. It could be due to “the emptying of a tank from a deep magma pocket”. This observation follows a scientific mission led by the Comité national de la recherche scientifique (CNRS), with BRGM and IPGP in particular, and an oceanographic expedition carried out by the ship Marion Dufresne. 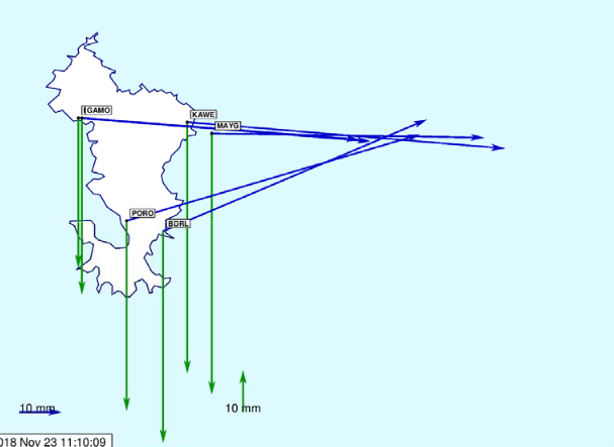 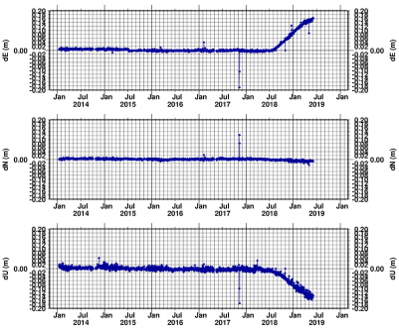 “Scientists are mobilized to process, analyze and interpret the multitude of data acquired in recent months. This operation will require extensive work to assess the risks to Mayotte in terms of seismic risk, volcanic risk and tsunami risk,” the ministries added.

Faced with a “new phenomenon in the Indian Ocean zone”, “the government’s objective is to continue research”, said the Prefect of Mayotte, Dominique Sorain. “It will require working on these data, it will take a little time,” he added, wishing “a better knowledge of the phenomenon (…) to adapt responses in terms of security” and “inform and reassure the population”.