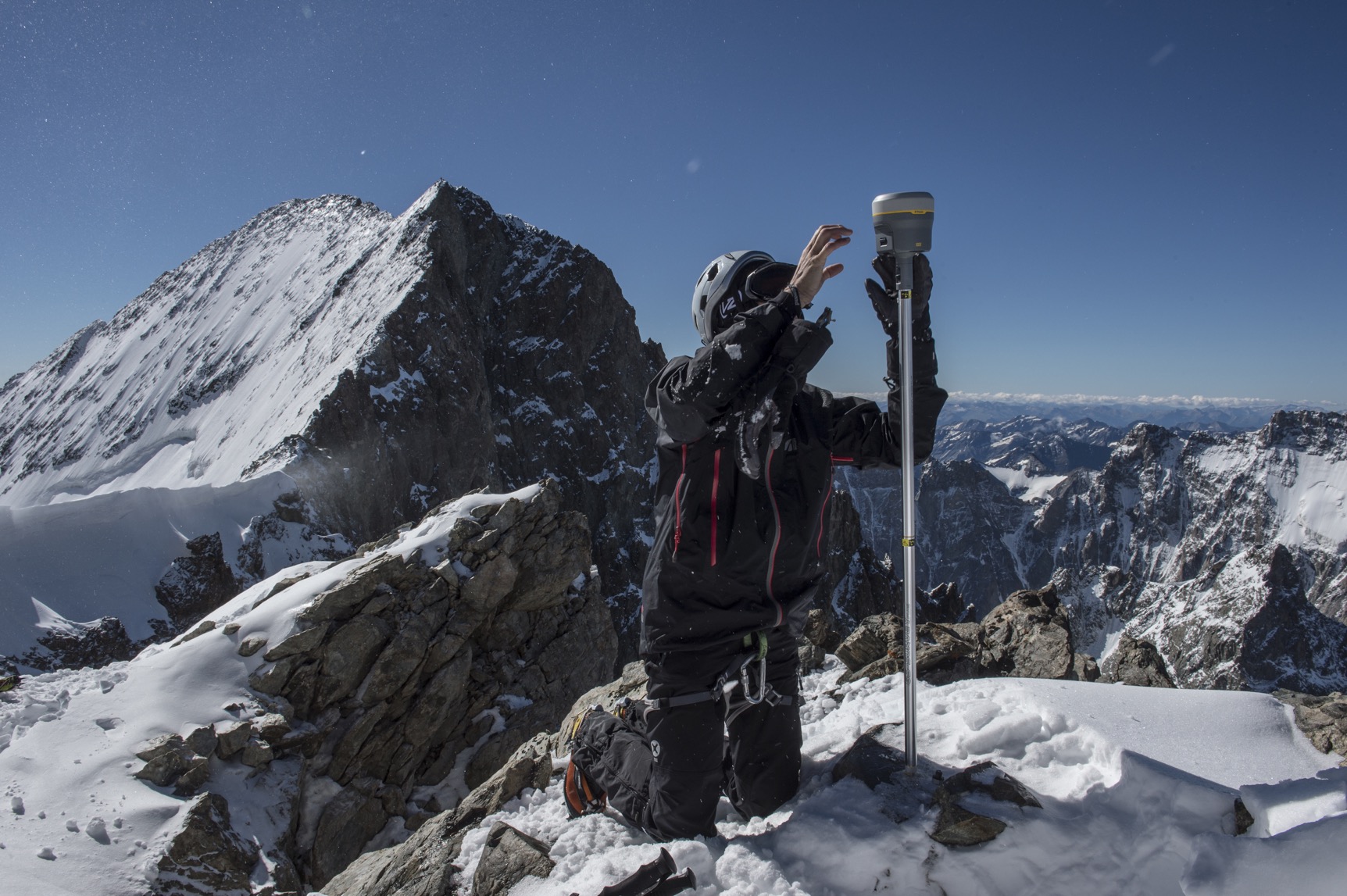 The Barre des Ecrins is revealed 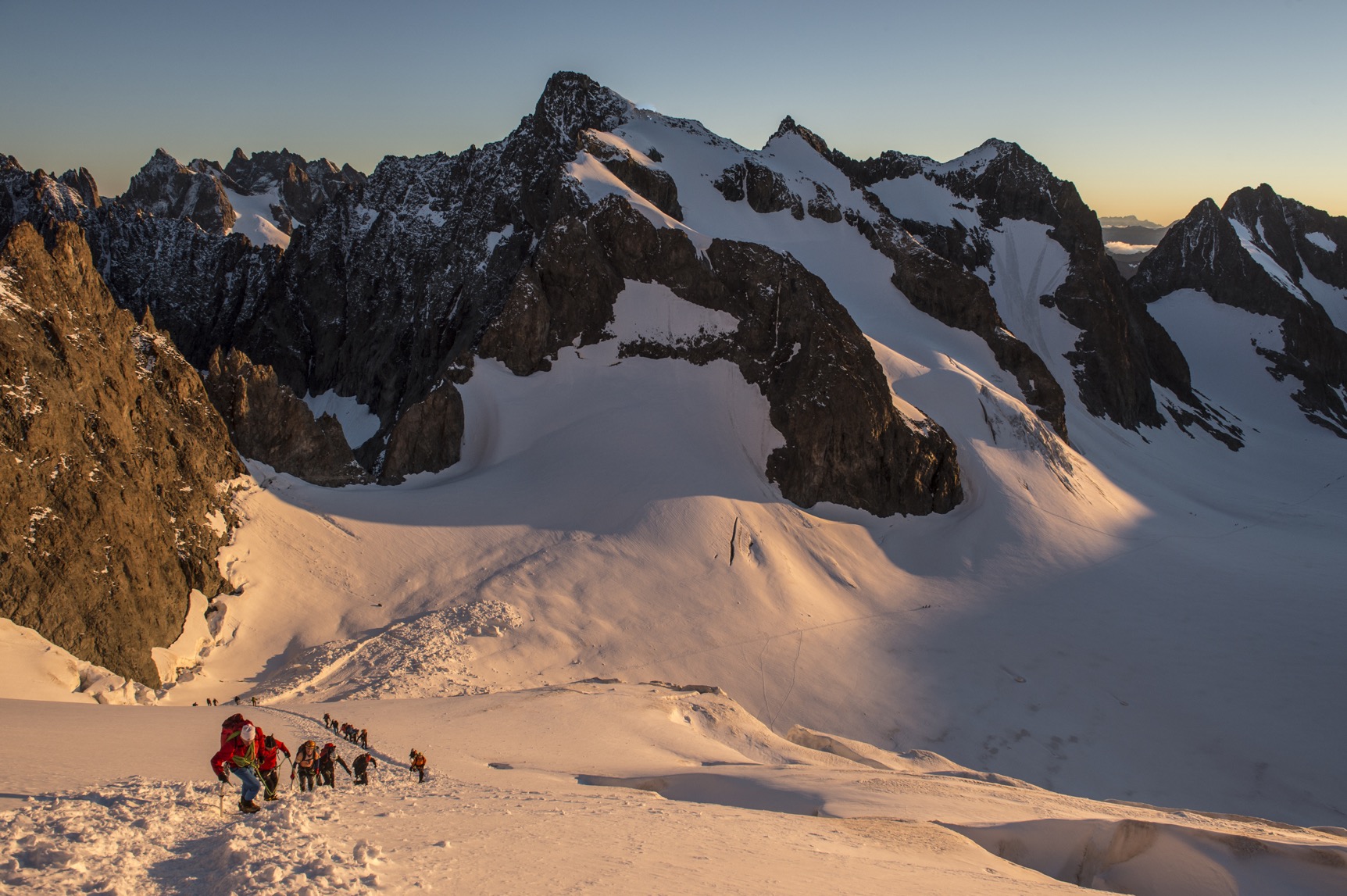 Initially, the Barre des Écrins was measured in August 1828 from Le Pelvoux by Captain Adrien Durand. Then in 1905 by Paul Helbronner. For more than a century, the commonly used altitude has been 4,102 m.

EXAGONE, with the help of the Géomètres-Experts and the company Géomesure, supplier of GPS receivers,.was at the origin of this new expedition. The objective: to measure as precisely as possible the highest peaks of the Ecrins massif, at an altitude of more than 4000 metres.

On July 2, 3 and 4, about twenty Surveyors took part in the ascent. Due to disastrous weather conditions, the expedition was cancelled and postponed (echoing the cancellation of the previous expedition in 2014).

After two more attempts on 23 and 24 and then on 30 and 31 July. Surveyors were once again unable to access it due to inclement weather and the injury, of the expedition leader Michel Baud.

Surveyors have kept patience, waiting for a climatic window favourable to ascent.in order to conduct a measurement campaign on the Barre des Ecrins, the Pic Lory and the Dôme de neige,.a major challenge to redefine their altitudes and control the over-reaction of the Alps.

A small group of four Surveyors, (presents since the beginning of the adventure) : Michel Baud, Ilario Previtali, Stéphane Carde, Vincent Gaillard, were able to reach the summit on August 23rd.to collect data measured to the nearest centimetre using the TERIA Network.

Thanks to everyone’s perseverance, the Barre des Ecrins has finally been unveiled!

Le Dôme de Neige, whose coordinates were collected from the rock (without snow) during the first ascent, dominates at 4,009.30 metres. The Pic Lory, measured at the same time as the Barre des Écrins, reaches a peak of 4,086.87 metres. As for the highest peak, it overlooks the massif at an altitude of 4 101.17 metres. 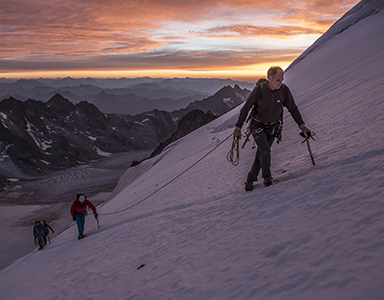 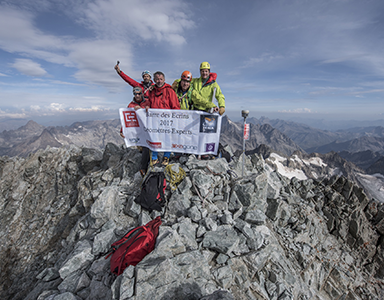 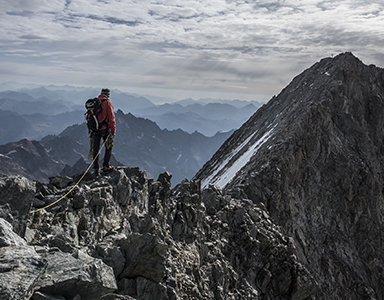