Measurement of  the Pilat dune

On 13 October 2015, the Ordre des Géomètres-Experts conducted a campaign to observe the great dune of Pilat. The results were released in February 2016. This operation is part of environmental and cultural issues. The aim was tof measure its movements and observe its deformations. Then to model it using data obtained by a remote-controlled drone, based on the TERIA Network.

The Pilat Dune is a fragile site due to its constantly changing geo-morphological phenomenon and its tourist attraction. The objectives were therefore numerous and crucial for the future of this emblematic place in the Landes. Preserve the quality of the sites, reconcile its protection with the reception of the public, enhance its cultural and scientific dimension, anchor the dune in its territory and ensure the sustainable management of this natural space.

After receiving data, the teams were able to model the dune du Pilat by computer and made the results public: its summit reaches 110.19 meters, measures 2915 meters in length, its maximum width is 616 meters, and its volume is 55 million m3.

A new campaign of measures is planned for 2017. 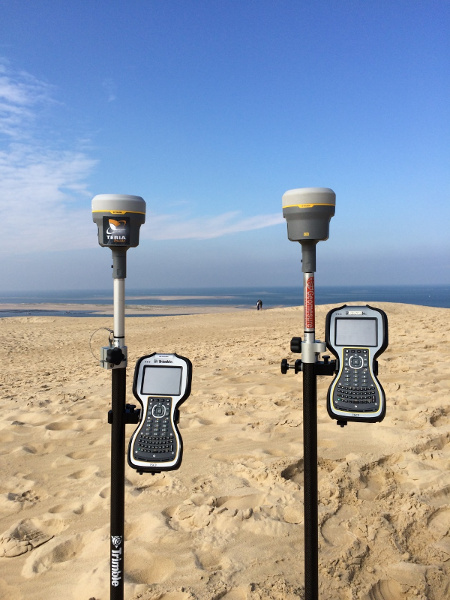